Building bridges and crossing borders for the defragmentation of Europe

We, the participants of the IENE 2018 International Conference, acknowledge that:

· As of January 2014, the European Union adopted a new transport infrastructure policy that connects the continent: the Trans European Transport Network (TEN-T). The aim of the TEN-T is to strengthen the social, economic, and territorial cohesion of the EU and to contribute to the establishment of a single European transport area

· Habitat fragmentation is a top threat to biodiversity, its impact enhanced by growing infrastructure networks (transportation, energy and ICT). Land fragmentation results in undermining ecological connectivity and making it harder or impossible for wildlife to migrate and find new and/or better suitable habitats. By preserving the intra- and inter-population connectivity and thus diversity, biodiversity loss and extinction of species can be prevented.

· While also affected by other key threats – loss and degradation of wildlife habitats and while likely to be aggravated by increasing effects of climate change – the rate of biodiversity loss accelerates not only throughout Europe but equally worldwide. This is directly connected with the Aichi Biodiversity Targets (Target 5/Strategic goal B: “by 2020, the rate of loss of all natural habitats, including forests, is at least halved and where feasible brought close to zero, and degradation and fragmentation is significantly reduced”. .

In this framework, we, the participants of the IENE2018 conference hereby state:

· The need to acknowledge a sense of urgency concerning habitat fragmentation throughout Europe. The IENE Conference 2018 is therefore dedicated in part to presenting the results of the Dutch Defragmentation Program (MJPO) as a success story in reconnecting fragmented habitats. Furthermore Austria, Germany, France Czechia, or Switzerland have equally developed national defragmentation concepts for their existing linear (road) network, adding to the importance of developing a synergetic approach towards transportation and nature conservancy.

· At the same time, new infrastructure developments, on all levels, from local to transnational, are expected to be implemented in yet unaffected landscapes in other regions as Eastern and Southern Europe, whether or not in the framework of the TEN-T.

· These developments extend beyond Europe, as by 2050 an additional 25 million kilometres of transport infrastructure will be constructed globally.

· The integration of a solid and comprehensive ecological connectivity strategy within transportation and infrastructural developments would acknowledge the negative impacts on ecosystems and wildlife habitats, which result from land fragmentation, and provide the means to address thereof.

· We – the IENE community – therefore call the European Commission to support the development of a European Defragmentation Program, as a synergy between the TEN-T and TEN-G strategies.

· Enhanced cooperation is necessary for such a Program, and it cannot be limited to national governments only, but should equally transcend sectorial collaboration. Experts and practitioners in the transportation and nature conservancy fields should work together and conduct joint research to identify innovative and cost-efficient solutions for defragmentation.

· The development and implementation of the European Defragmentation Program will support the defragmentation of wildlife habitats throughout Europe and equally use the resulting expertise to implement similar actions anywhere else in the world where habitat fragmentation is emerging as a key threat to biodiversity.

Download IENE Final Declaration – pdf 180Ko This declaration has been improved and approved by the participants of the IENE 2018 international conference.

Therefore, we, the participants of the IENE2018 conference call for:

· The allocation of research resources to develop a synergetic approach between the TEN-T and TEN-G as well as to identify and perform a detailed analysis of the bottlenecks between the two strategies. An important first step could be an annotated analysis with one or more maps.

· The development of an action plan that would include financial resources for the environmental improvement of the existing European transport network.

· The creation of a comprehensive, publicly available database and including specific information per country on the European defragmentation program with the aim of sharing data and knowledge among transportation and nature conservation experts and practitioners working in the field of transport infrastructure and ecology.

· The design and development of National and Cross-border Strategies for Defragmentation with the support of the IENE and collegial networks in other parts of the world (ICOET, ANET, ACLIE, etc.) to exchange expert knowledge on defragmentation.

· Strengthened interdisciplinary collaboration and cooperation with partner infrastructure related networks like CEDR, TRA, ITF, and/or DACH in the transport sector but also with relevant actors in the environmental sector. 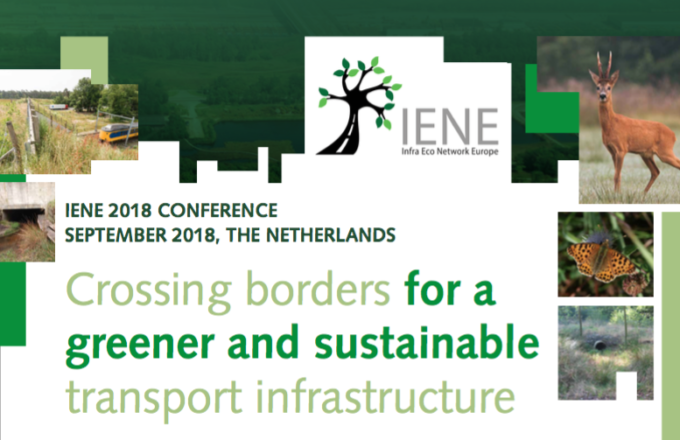 IENE now invites professionals and students to submit abstracts for oral presentations, poster presentations and workshops to the IENE 2018 international conference, which will take place in the Netherlands in September. Join the event and share your experiences, best practices and research that reflect the need for crossing borders for greener transport infrastructure. 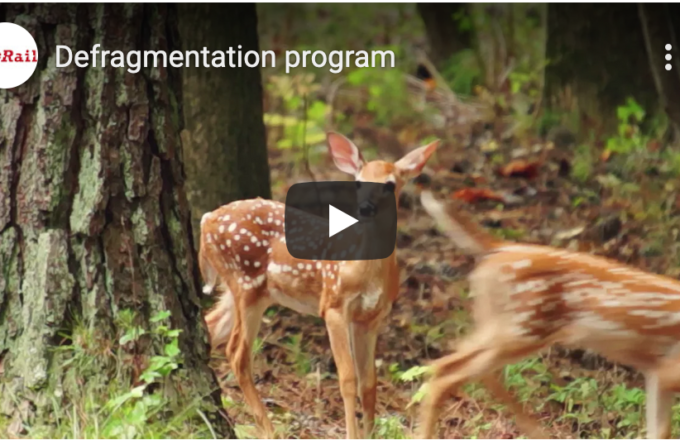 The upcoming IENE 2018 conference will take place in the Netherlands on September 11-14, 2018. So save the date in your calendar!